PROJECT OF ADAPTED MENU FROM THE WINERIES «EL PIMPI» – MÁLAGA

On December 17, 2019, thefirst adapted menu with ARASAAC images and pictograms of Bodegas El Pimpi, owned in part by the actor Antonio Banderas, was presented. This adapted menu is addressed to people with communication and communication difficulties. cognitive accessibility. This project is part of the initiative of the Andalusian Association of Parents and Relatives of People with ASD – AUTISMAP, the El Pimpi Foundation and the Malaga City Council, which contributed their experience in this matter and, more specifically, of Maida Rodriguez who was in charge, as Head of the Section of the Cognitive Accessibility Area, to finally give a focus and a physical aspect so that the adapted letter would be cognitively accessible for many other groups and not only for the group ASD (or with autism) as it was originally projected. In fact, Malaga City Council is a pioneer in Spain in this type of initiative, such as, for example, campaigns such asPlace a picto in your district” as part of the cognitive accessibility program that has been designed by the town hall making the city of Malaga , establishments and their institutions more accessible.

Thus, Bodegas El Pimpi becomes thefirst establishment of these characteristics both in terms of size, volume of business and social impact in launching this type of tool in Malaga, which is vital for so many groups in the idea of normalizing and naturalizing what for many it is as simple as going out to eat at a restaurant with their children, since the user of said menu (with some type of intellectual diversity of different degrees) becomes the protagonist, improving their autonomy when choosing what that you want to eat or drink, relying on real images of the dishes or their equivalent pictograms depending on your ability to abstract. As indicated by the promoters of the project, “the pictograms are commonly used by these groups and have been created by the ARASAAC-Aragones Center for Augmentative and Alternative Communication team, which we also thank for the work they have been doing for years.”

From ARASAAC, our congratulations to all the people and institutions involved in this fantastic project and we thank them for their trust in using our pictograms, which are pictograms from all over the world.

We convey a special thanks to Miguel Cabo and Ana Isabel Merino for having provided us with all the information from AUTISMAP. 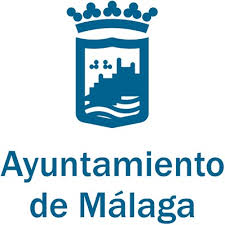