PROJECT OF COGNITIVE ACCESSIBILITY OF THE PARK OF THE FAMILIES – ALMERÍA

The Parque de las Familias is located on the old esplanade of the Recinto Ferial de Almería. Formerly, this place was known as the City of Children,since it presents a large recreational and leisure space with a children’s and family character.

This enclosure is planned to become the largest park in all of Andalusia,coming to present a space that is equivalent to fifteen football fields in almost one hundred square meters of surface.

Based on a proposal from the City Council of Almeria,within the Strategic Plan agenda 2030 Accessible City,the Autism Dárata Association was convened to make the entire park accessible by placing pictograms of ARASAAC,which accepted this challenge together with a group of professionals from the PicTeAndoGroup.

To carry it out, a study of the entire park was carried out together with the technicians of the town hall and the result is fantastic. As indicated by the association itself: «now many children with or without disabilities use them»

A great example to follow and, from ARASAAC,our congratulations to all the institutions and people involved for this great initiative in favor of cognitive accessibility and inclusion! 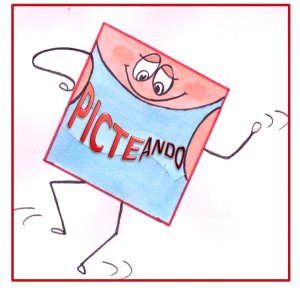