The Cognitive accessibility is becoming a reality in Argentina and the units of the Line 85– The Saes band, with the help of Alejandro Garro, joined the Salidas Inclusivas initiative with the aim of designing the adaptations of the signage on the buses with ARASAAC’s pictograms.

This initiative of signaling the groups with pictograms will facilitate the trip for those with TGD (Pervasive Developmental Disorder), people with ASD (Autism Spectrum Disorder) or people with communication difficulties. 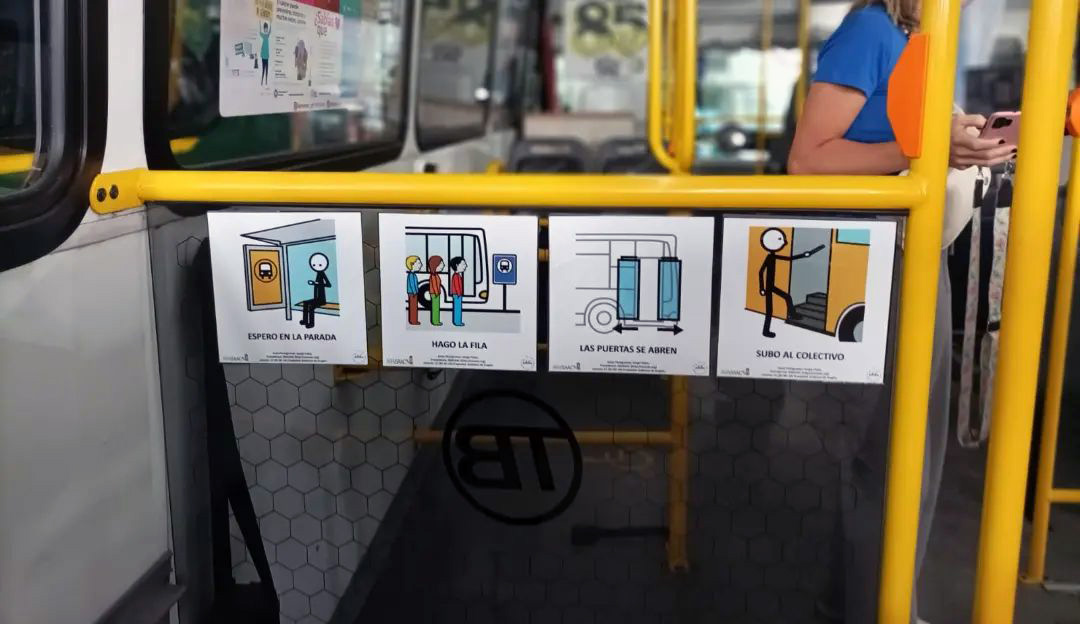 Line 85 runs from Ciudadela to Quilmes and vice versa, crossing the entire Autonomous City of Buenos Aires and becoming the first bus line in Argentina marked with pictograms. 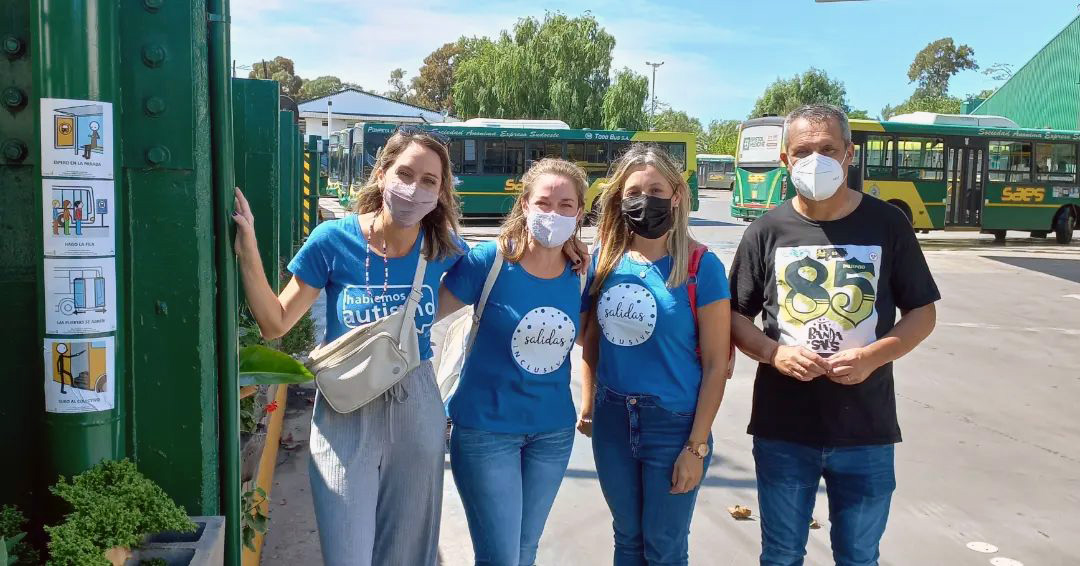 On the day of the presentation, the group of Tgd Padres TEA Quilmes was present with their children, who placed the signage of the first unit.

The project has been expanding since its inauguration with line 85:

In addition, the project is being accompanied by a series of talks in more than 20 lines to discuss the importance of SAAC and Cognitive Accessibility measures.

Finally, the extension that the project is taking has led the National Directorate of Transport Accessibility to express the intention to develop a National Standard for the use of adapted Pictographic Signage in all National Transport in Argentina.

From ARASAAC, we convey our congratulations to all the institutions involved in the initiative and our thanks for trusting in our pictograms to carry it out.

LEARNING AND SERVICE PROJECT “OLIVER, AN ACCESSIBLE AND PLAYFUL NEIGHBORHOOD”...